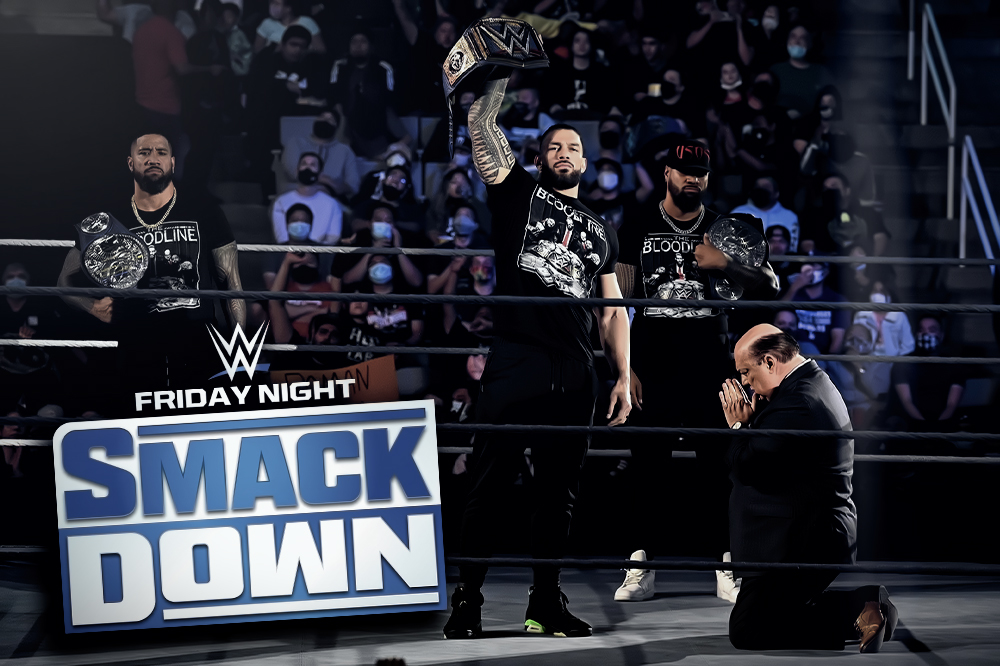 We know a few things for a fact.

Since August of last year, Heyman has served as #SpecialCounsel to WWE‘s undisputed biggest star (and Universal Champion) Roman Reigns.

And after that, the facts get muddied.

It got even heavier last week on WWE Smackdown, when Lesnar publicly thanked Heyman for arranging Lesnar to be a free agent that can go in between RAW and Smackdown.

Just a few days ago, Heyman was asked on RAW about Lesnar’s free agency, and the Usos were none too happy about it.

And so, we’ve arrived here. In San Jose, California, it all came to a head. In the ring. Live. In front of everyone.

We’re HustleTweeting about Roman Reigns – Paul Heyman – Brock Lesnar, and you’re more than welcome to join the conversation on the Hustle Twitter HERE … on our ridiculously sensational Instagram HERE … or on our Facebook page HERE!