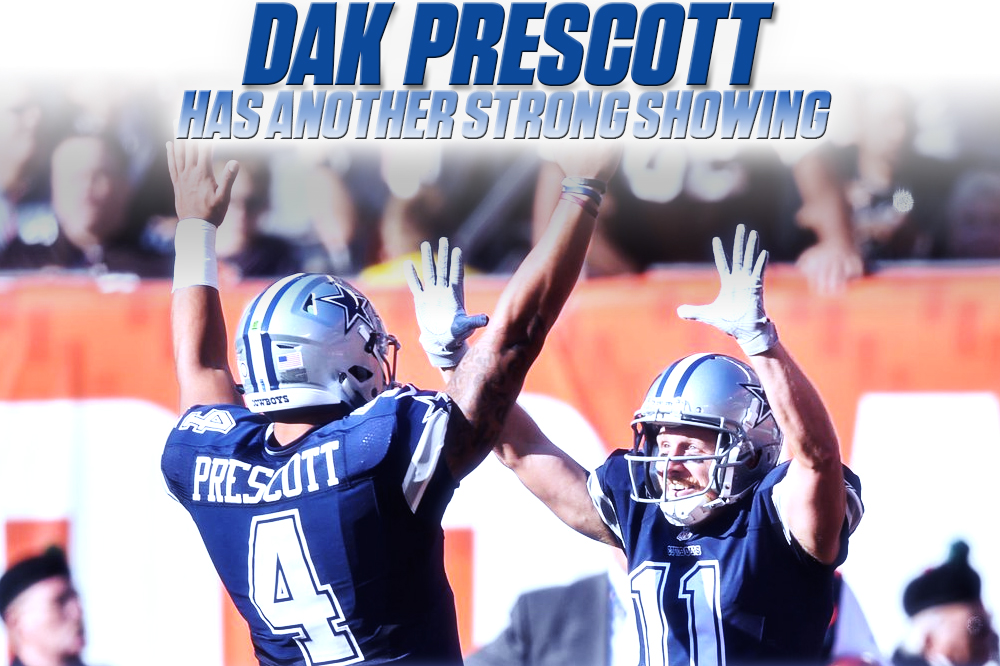 America’s Team is getting closer and closer to becoming Dak’s Team as the Dallas Cowboys dominated the winless Cleveland Browns 35-10. Rookie Quarterback Dak Prescott and running back Ezekiel Elliott accounted for all five touchdowns in a textbook offensive assault by the Cowboys.

Prescott threw a 26-yard touchdown pass to tight end Jason Witten on the Cowboys‘ first possession after Cody Parkey kicked a 31-yard field goal for the Browns on the opening drive of the game. The Cowboys (7-1) never trailed again as they won their seventh straight game.

The Browns are now 0-9, making this their worst start since they were 0-9 in 1975. That 1975 team beat the Cincinnati Bengals in Week 10 and won three of its last five games.

The Browns gave up at least 25 points in each of their nine losses. They have allowed 22 touchdowns through the air. Prescott had nine touchdown passes before the game and added three against the Browns. Prescott has now thrown eight touchdown passes and one interception on the road.

Earlier this week, we reported on the Dak Prescott vs Tony Romo debate, and you’re more than welcome to join the conversation by following the Hustle on Twitter HERE or by hitting LIKE on our hyper-interactive Facebook page HERE!