YAHOO! Sports Presents A Day in the Life of The Advocate 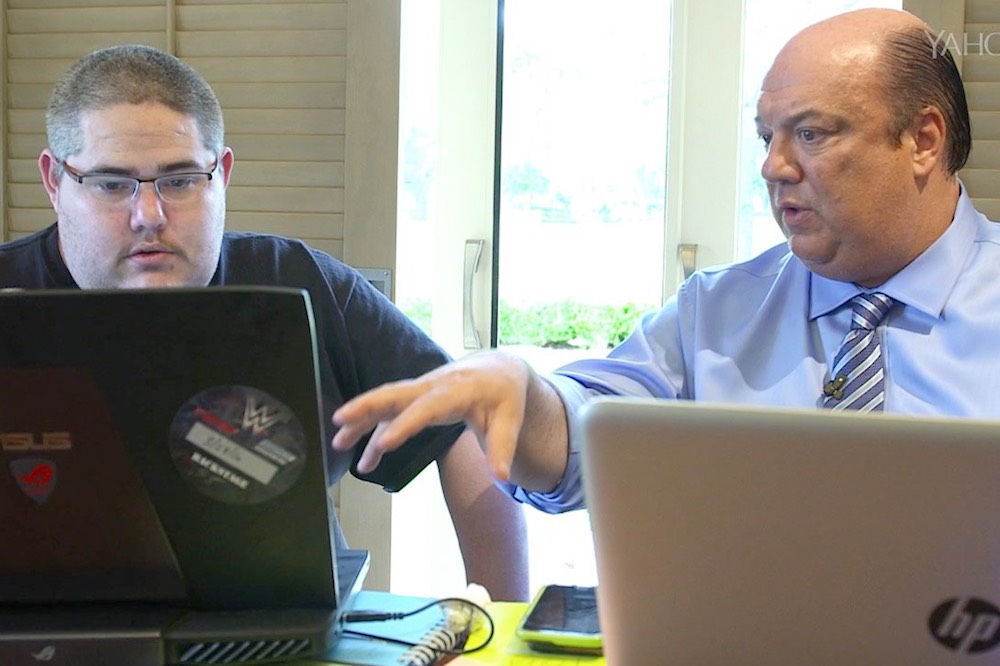 THE HEYMAN HUSTLE and Looking4Larry Agency Crew is Profiled In A Stunning Documentary!

YAHOO! Sports has released a powerful documentary on A Day in the Life of The Advocate, a never-before-allowed look at the inner workings of both THE LOOKING4LARRY AGENCY and THE HEYMAN HUSTLE during WrestleMania week. The video, which is already trending globally, was shot this Wednesday in Dallas, Texas, home of this year’s WrestleMania 32.

Of course, we’re HustleTweeting about YAHOO! Sports’ Documentary “A Day in the Life of the Advocate” and you’re more than welcome to join the conversation by following THE HEYMAN HUSTLE TWITTER PAGE. You can also write to us directly at hustleoncrave@gmail.com. Hey, have you checked out the Hustle’s Ultra High Quality YouTube Channel, with exclusive videos featuring Backstage with Brock Lesnar and Paul Heyman… The Footage “They” Never Wanted You To See … UFC Bad Boy Nick Diaz’s Wildest Video Ever … Behind The Scenes at WrestleMania … ICE-T and Coco’s Sex Secrets … the list goes on and on, so if you’re not subscribing, you’re missing something … and by the ways cheapos, it’s FREE! Yes, absolutely 100 percent FREE! What are you waiting for? Check it out HERE!