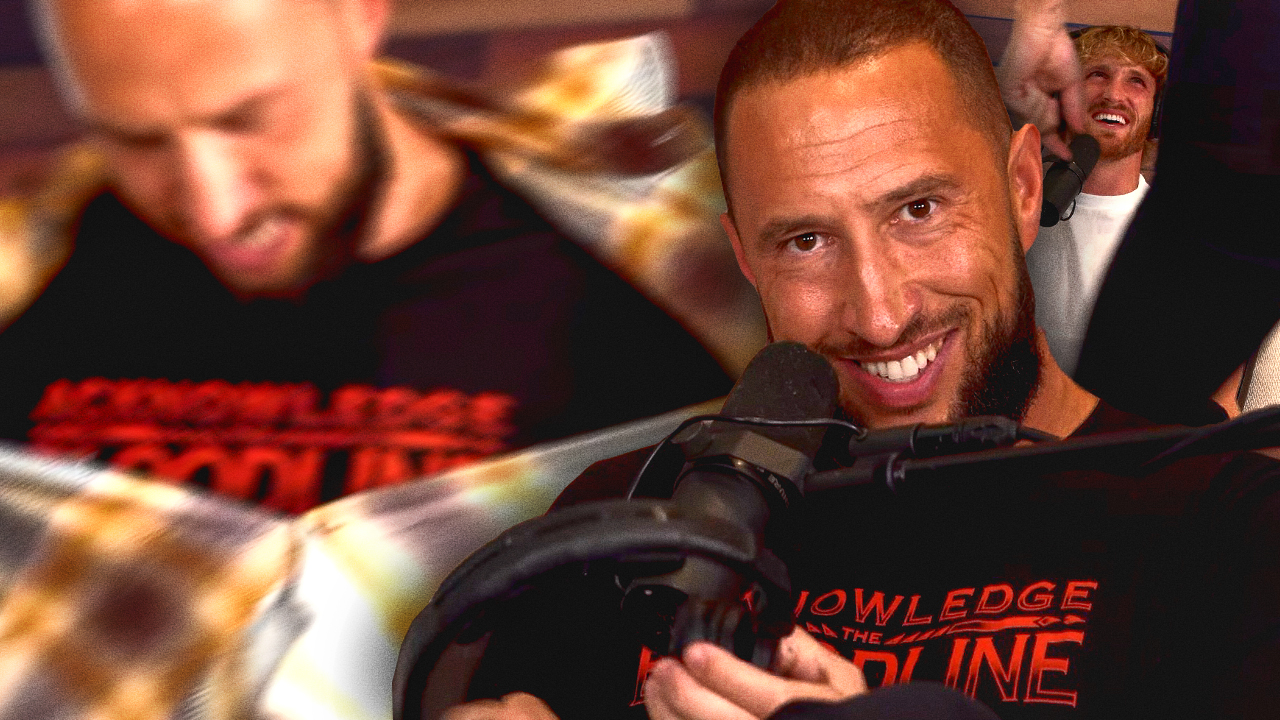 Logan Paul will main event WWE Crown Jewel on Saturday, November 5th, live from Riyadh, Saudi Arabia when he steps into the ring against the Undisputed Heavyweight Champion Roman Reigns. While this has all the makings of a celebrity stunt gone wrong, one has to give Logan Paul a ton of credit, as he took his opportunity in fighting Floyd Mayweather to the very limit, and even Logan Paul has vowed to look for “that one lucky punch” against Reigns.

On the most recent episode of the Impaulsive podcast, Logan Paul‘s co-host and on-again off-again BFF “Big” Mike Majlak acknowledged the Tribal Chief Roman Reigns, and it led to what many are saying is the most chaotic episode of Impaulsive ever.

When you consider the rich history of the Impaulsive podcast, that’s saying a lot. And yet, the wild claim appears to be accurate. Watch what happens when Mike Majlak displays his hidden Bloodline shirt, as the WWE Universe gets ready for Crown Jewel!