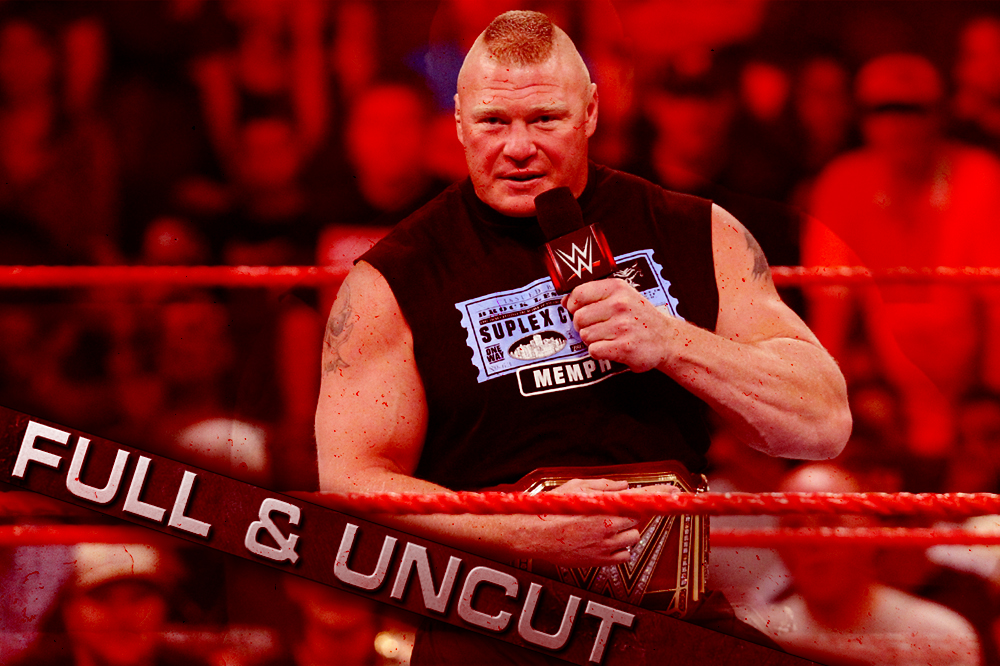 On Sunday, August 20th, Brock Lesnar defended WWE’s Universal Title at SummerSlam in a Fatal 4-Way Match that saw Roman Reigns, Samoa Joe and Braun Strowman challenge for the title. Strowman was the standout, putting Lesnar through two tables and turning a third table over on top of The Beast Incarnate. The very next night, on RAW, Braun Strowman nailed Brock Lesnar with two powerslams in the ring!

Which brings us to to WWE Monday Night RAW in Memphis, TN, where Lesnar grabbed the mic out of our boss, his Advocate Paul Heyman‘s hands and let Strowman know the fate which awaits him at WWE No Mercy on Sunday, September 24th in Los Angeles.

Here’s the entire segment from Monday, uncut unedited and uncensored, in its original broadcast form.

We’re HustleTweeting about Brock Lesnar vs Braun Strowman, and you’re more than welcome to join the conversation by following the Hustle on Twitter HERE or by hitting LIKE on our hyper-interactive Facebook page HERE!