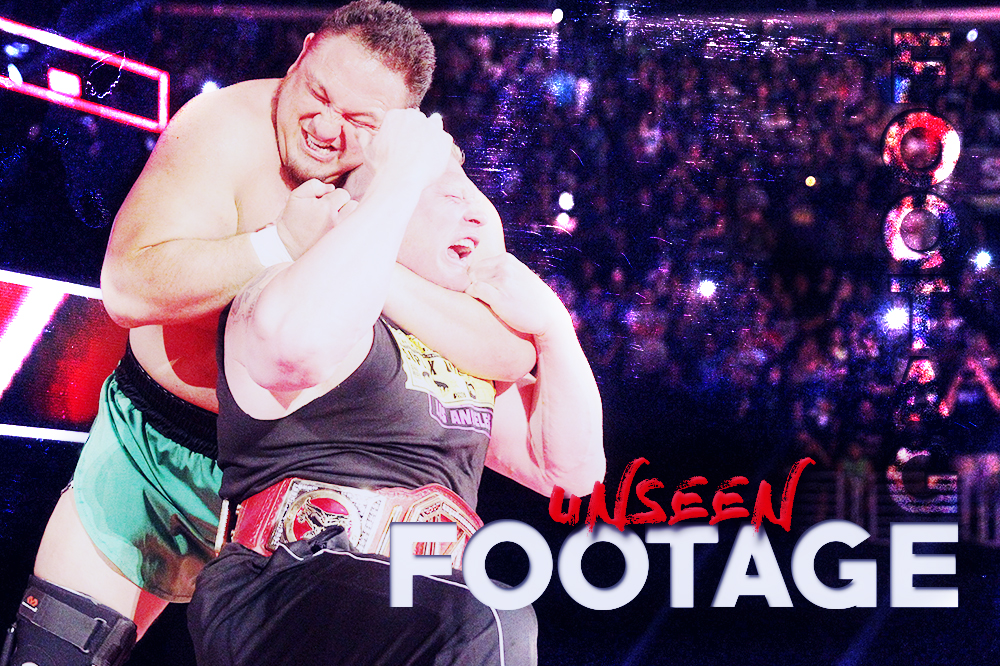 As the WWE Universe prepares for Great Balls of Fire and the showdown for the Universal Championship that pits Brock Lesnar vs Samoa Joe in just one week, we need to reflect on the impact made by Samoa Joe in the past few weeks. First, Samoa Joe locked Paul Heyman in the Coquina Clutch … then, Samoa Joe had an epic confrontation with Brock Lesnar in Lafayette, Louisiana … and then came this shocking moment from the Staples Center in Los Angeles. WWE has released alternative perspective camera angles from the Staples Center, and it’s amazing to watch.

We’re HustleTweeting about Brock Lesnar vs Samoa Joe, and you’re more than welcome to join the conversation on the Hustle Twitter HERE and also on our hyper-interactive Facebook page HERE!